Embraced my inner huntress the other day. First ti

My dear dear friends, Thank you for your love + ho

If you've seen this post, could I ask you a favor?

PART TWO I sat by the water, and contemplated 19

PART ONE... Each lap around the sun, I seem to ge 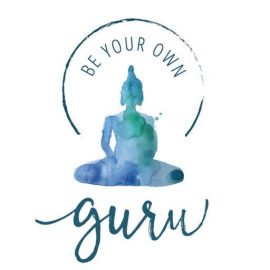 It’s been four days since I landed back on home soil in New Zealand.

My trip to Australia was a significantly big one.

Externally it may not have looked like it.  But internally, a lot was moving.

Before I left I wasn’t feeling excited about it.  In fact, I could’ve easily not gone.  But that wasn’t an option, there were things to do and people to see, I was going.

I wrote a Facebook post here, as I was waiting at Queenstown Airport.  Sharing my thoughts about how I feel Airports create a definitive ending and beginning.  Well this trip didn’t disappoint.

I had an amazing time in Sydney.  I hired a Van, kitted out with everything.  They even upgraded me, so to my surprise I had a gas cook top, all the cookware, a kitchen sink with running water and even a fridge!  The bench seats expanded out into a huge bed, and there were curtains around the whole van, which created such privacy – I felt safe and contained wherever I went.

It was such a convenience having this van.  It enabled me to go where I wanted and sleep there also – I highly recommend it as a form of travel.  Check out hippie campers should it call you.

I found myself in South Curl Curl for a number of nights.  It was where a number of my friends were close to, and it was next to my old local hood.  It made sense and it felt comfortable for me to be back there, not to mention the beach was nearby.

Even so, being back on familiar land, upon going to sleep, I still need to introduce myself to the land, the native or local spirits and let them know I was there for a night or two.  I don’t know you about you, but when I sleep somewhere new, I am often greeted by the curiosity of local energies – poking and proding me to test who I am and what business I have being on their land.

My trip continues, a dear friends wedding, a trip to the Blue Mountains to deal with stuff I left behind, visits to more dear friends, ocean swimming, coastal walks, catching up on life and times that seem to past in the blink of an eye.  I was enjoying myself, but could feel a discomfort and sadness making herself known.

Fast forward, when I returned back to New Zealand.  That deep sadness had crept in.  From the moment I landed at Queenstown Airport, I could feel my tears behind my eyes.  I was feeling very on my own.  No messages to greet me home.  A billion questions from customs.  7 degrees.  No one to pick me up.  No bus for the next half hour.  No biggie usually, but everything was triggering my sadness.  I sat at the cold bus stop and cried.

For the rest of that evening and the next day, oddly – it felt like none of my friends were available.  Everyone was busy, everyone doing life in their own way.  I felt alone, unsupported and very very emotional.

What I came to understand, is that whilst in Sydney.  I tapped back into that old Heidi.  The old version of myself that lived and existed in there.  The single gal, independent, the can do anything attitude, the one who lived her days in her own world doing her own thing.  Between this time in Sydney – until these days in QT – I’ve grown into a new version of myself.  I’d like to think, one with a lot more meaning, depth and compassion.

My sadness was a shedding of this old self.  Like a snake would shed its skin (funny now I am remembering my snake dreams before leaving NZ).  I was experiencing the old me, from the current me’s perspective.  She was a smaller version of myself.  Feeling so alone, disconnected and small in comparison.

I continued to sit in the discomfort of what I was feeling, and uncomfortable it was.  There have been no shortage of tears these past days.  In fact I had such a powerful crying session the other day, it required a nap afterwards.

I’ve been feeling discomfort in social situations, discomfort with my own presence.  An energy in my body that I couldn’t shift or shake no matter my acknowledgement.  This needed a natural evolution of release that takes it’s time as per nature’s way.

Yesterday, Tuesday, Angelo and I went for a hike up Wye Creek – a particularly powerful area.  Filled with spirit and life.  The depth here palpable and undeniable.

We ventured to our own areas near the waterfall, with the intention of doing some Wim Hof breathing and cold immersion.  I wasn’t brave enough for the cold immersion – but I dove into my breathing.  I burped, spat, yawned, shook and purged so much energy my mind couldn’t fathom what was happening.  All I know is, I was releasing and shedding what I no longer needed.

When I go through these seemingly crazy releases, I often think of a few things.  How our bodies are innately wise, how our ego’s have the ability, through conditioning, to shield or block us from connection, how nature is there to be our constant teacher.

In summary – I’ve been through/am completing yet another Death cycle.  After reading Women Who Run with Wolves – Hunting: When the Heart Is a Lonely Hunter – my attention is brought to Skeleton Woman: Life/Dealth/Life Nature of Love Cycles.  I am so wildly fascinated by her.

In this context within this story, Clarissa writes;

“In order to create this enduring love, one invites a third partner to the union.  The third partner is Skeleton Woman.  She is also called Lady Death, and as such, she is the Life/Death/Life nature in one of her many guises.  In this form, Lady Death is not a disease, but a diety.
In a relationship she has the role of the oracle who knows when it is time for ycesl to begin and end.  As such, she is the wildish aspect of the relationship, the one of whom men are most terrified… and sometimes woman also, for when faith in the transformative has been lost, the natural cycles of increase and attrition are feared as well.”

In essence, what I understand is, that in order to experience life and love relationships to their fullest, all parties need to embrace the Death Cycle in their sphere.  Without it, life is void of meaning and remains surface level without fulfillment or satisfaction.

It is not an easy or comfortable thing to face death head on.  I believe if we did still as a society we wouldn’t have the sickness that we see.  People would live more balanced satisfied lives in all facets.  Love, Relationships, Health, Work, Sex, Family… but sadly it is a forgotten way or feared way.

A part of me died upon returning home to New Zealand.  A part of my psyche, an old way of being that was no longer serving me in the world, in the life I want to create, and so in letting her go, I needed to grieve a loss.  I needed to purge her on an emotional, mental & spiritual level.

It is time to reawaken our ways of being, of innate connection with our land and the nature Life/Death/Life nature cycles.

If you’re interesting in exploring this topic more deeply, connect with me;
Join the Be Your Own Guru Community here
Chat with Heidi here 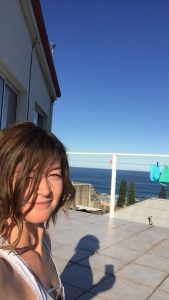 "I'm living my life inspired by spirit, practicing surrender and following my guidance in each moment..." Sounds all very idealistic & luxury right? Nope. It takes courage, strength & trust. It's fueled by blood, sweat & a lot of tears. If it was easy, the planet wouldn't be in this state. Trust your higher purpose & be in awe of life. View all posts by Heidi Firth